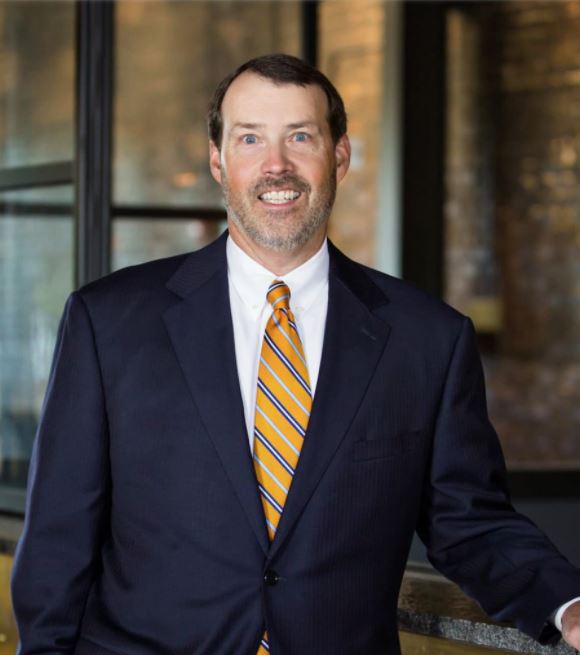 I have practiced law in Marietta since 1993. I enjoy the Marietta Square community and all it has to offer to residents. My family and I enjoy living within walking distance of the Marietta Square and its locally owned restaurants and shops. It’s nice going to places around the square and seeing familiar faces and friends. Being able to serve this community has made my career very rewarding.

Having compassion and empathy for someone who has suffered a loss or experienced any type of injury is important to me. Thankfully, throughout my profession, I’ve been given the opportunity to make positive changes in my clients’ lives. That’s why trial lawyers are also called counselors at law, not only do we help our clients with their legal problems, we also help them through the emotional challenges they face after an injury or loss of a loved one.

“One of the things I enjoy most about the practice of law is the opportunity to help people during a time of need. All of our clients have suffered through some type of tragedy and are looking to us for guidance. Helping people during a time of need is rewarding and it’s the reason why I’ve chosen to focus my practice in the area of Personal Injury.”

I opened my own firm, the Law Offices of Andrew W. Jones, in November of 2006. In 2015, I partnered with Chase Swanson to form Jones & Swanson. Prior to 2006, I was a founding partner of Cooper, Jones & Cooper where I represented plaintiffs in major personal injury and wrongful death cases. As both lead and co-counsel in several noteworthy jury trials, including cases against the following corporations:

During my career, I’ve had the opportunity to serve in many leadership positions in the Cobb County and Georgia Bar Associations. First, I served as president of Younger Lawyers Division for the State Bar of Georgia in 2003-2004, after which I served as president of the Cobb County Bar Association in 2008-2009. I’ve also had the privilege of serving on the Board of Governors for the State of Georgia and Executive Committee for the State Bar of Georgia. I’m a current board member of the Civil Justice PAC for the Georgia Trial Lawyers Association where I help protect all of our 7th Amendment right to a jury trial and an active member of the International Society of Barristers. During my career I’ve received many awards and recognition for outstanding service and leadership.

My wife Ashley and I currently live in Marietta with our three children: Rutledge (“Rutty”), Elinor (“Ella”), and Reid. My oldest son Rutty is a pitcher on the baseball team at Furman University and continues to excel academically. My daughter Ella is heavily involved in lacrosse at her school and never ceases to amaze me with her beautiful singing voice. My youngest son Reid is dedicated to a Marietta travel baseball team and keeps Ashley and I very busy! Among other activities, my family and I are active members at Marietta Community Church and enjoy spending time together outdoors. Personally, I am an avid hunter, fisherman, and all around outdoorsman and am fortunate to have visited many parts of Georgia and other states with friends and family doing just that. When I’m not in the office, you’ll likely find me at the ballpark, in a deer stand, or on a boat.

United States District Court for the Northern District of Georgia

United States District Court for the Middle District of Georgia

United States District Court for the Southern District of Georgia

U.S. Court of Appeals for the Eleventh Circuit

Past Member of Board of Trustees, Lawyers Foundation of Georgia

Board of Governor’s for the State Bar of Georgia