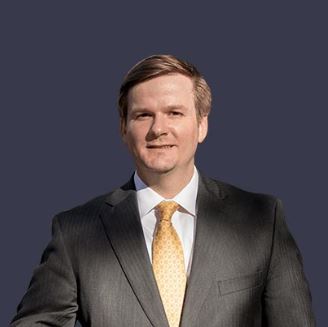 Hughston began his legal career at Hare Wynn after graduating from the University of Alabama School of Law in 2006. Growing up, Hughston was taught that it was important to wake up and be excited to go to work in the morning. He is proud of his association with Hare Wynn and believes that his colleagues are likewise excited to come to work, provide clients with superior service and results, and make a difference.

Hughston represents plaintiffs in matters involving personal injury, wrongful death, truck and automobile accidents, and breach of contract litigation. He has been involved in numerous successful cases, including obtaining a multi-million dollar settlement stemming from the death of a nine-year-old boy. In addition to representing individuals, Hughston also represents small businesses in contractual disputes.

On a personal level, he believes that his commitment to his clients goes beyond the details of their case.

“Representing a client means more than a single experience,” Hughston says. “Hard work and dedication to the client’s case are critically important, but so is communicating with the client during what can be a difficult and stressful process, making sure they have all of the information they need to feel they are being represented effectively.”

Hughston enjoys his involvement with various legal organizations and recently completed his term as president of the Young Lawyers Section of the Alabama State Bar.

Hughston and his wife, Sarah Katherine, stay busy with two active young sons, Hughston and Jack. Hughston enjoys outdoor activities with his family such as hunting and fishing and is dedicated to coaching youth recreational league and All-Star baseball. He and his wife are active members of Covenant Presbyterian Church.

Hughston has been involved in numerous successful cases, including obtaining a multi-million dollar settlement stemming from the death of a nine-year-old boy.

U.S. District Court for the Northern District of Alabama

U.S. District Court for the Middle District of Alabama

U.S. District Court for the Southern District of Alabama

“Top 25 Lawyer” in Motor Vehicle by The National Trial Lawyers