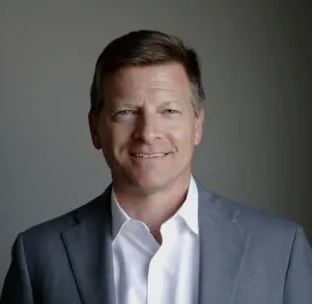 Over the last few decades, Brad and his team have successfully handled numerous serious personal injury and wrongful death cases, ranging from semi-truck accidents to apartment fires, defective products, electrocutions, slips and falls, to name just a few. While he will evaluate virtually any type of serious personal injury or wrongful death case, Brad has developed specialized knowledge and experience that primarily relates to injuries and deaths arising out of transportation-related accidents, medical malpractice and nursing home neglect/elder abuse. These accidents include car accidents, trucking accidents, motorcycle accidents, ATV accidents and railroad injuries. Medical malpractice and nursing home neglect/elder abuse arise from negligent medical care or mistreatment provided to someone in a medical setting, be it a hospital, nursing home or long-term care facility.

Born and raised in the Kansas City area, Brad went to college at Texas Christian University in Fort Worth, Texas. He graduated in 1987 with a Bachelor of Science and then returned home to Kansas City to attend law school at the University of Missouri at Kansas City. Brad was a member of Law Review and was selected as the Comment Editor of Law Review. Brad graduated from law school in 1990, passed the Bar and received his Missouri license in September of 1990. He is also licensed to practice law in Kansas, Colorado and Nebraska.

Upon graduation from law school, Brad was selected for a prestigious judicial clerkship with the Honorable Don Kennedy of the Missouri Court of Appeals in Kansas City. Brad assisted Judge Kennedy in writing appellate decisions, which involved researching and writing about complex legal issues in the cases to be decided by the court. That experience gave Brad invaluable insight into the inner workings of the court system, which helped guide his development as a lawyer.

"I strive to create a comfortable and casual environment for my clients so they can focus on resolving their case."

Brad entered private practice in 1991 and was soon made a partner at a successful Kansas City personal injury firm. In 2001 Brad decided it was time to start his own firm to allow him the ability to take on a more limited number of cases in areas where he has developed specialized knowledge and expertise.

Brad has tried cases in many different jurisdictions, including Missouri, Kansas, Iowa, Colorado, Arkansas and South Dakota. The results over Brad’s career are a testament to his unique background and experience. He takes a straightforward approach honed from his specialized knowledge obtained from over 25 years of first chair trial experience handling personal injury and wrongful death cases. Brad has obtained record-setting jury verdicts, including the largest jury verdict ever in Jackson County, Missouri for a FELA (railroad worker injury) case and one of the largest jury verdicts ever obtained in the state of Iowa. He was invited to join the Million Dollar Advocates Forum and the Multi-Million Dollar Advocate Forum.

Brad has received an AV rating by Martindale Hubbell Peer Review, the highest possible rating of both competence and ethics. Consistent with that rating, Brad has a reputation for adhering to the highest standards of ethical conduct and professionalism. He was appointed by the Missouri Supreme Court to a committee established to evaluate ethical complaints made against lawyers and was chairman of that committee for several years.

Brad has been married to his wife Kelly for over 30 years and they are the proud parents of three children and numerous dogs over the years.

Brad’s office is located in the Crossroads area of Kansas City, Missouri. To contact Brad, send him an email via the form listed below, or call him at the office, (816) 608-6017.

United States Court of Appeals for the Eighth Circuit

United States District Court for the Western District of Missouri

United States District Court for the Eastern District of Missouri

United States District Court for the District of Kansas

United States District Court for the Western District of Arkansas