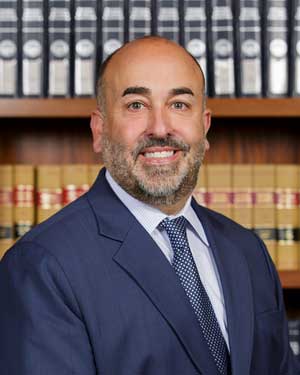 Corey Eschweiler has been litigating complex disputes since he became an attorney in 1998. Before co-founding ER Injury Attorneys, Corey was a managing litigation attorney of a billion dollar Las Vegas personal injury law firm. Prior to that, he was a commercial litigation partner at a 400 attorney law firm.

Corey now uses his years of experience representing large corporations and insurance companies at ER Injury Attorneys to fight those same companies on behalf of our clients.

As a fierce force behind our Litigation Department, Corey litigates and supervises every aspect, of all cases, in our office. Corey puts the best interests of his clients first, and commits to providing the highest level of client satisfaction.

Through hard work and dedication to his clients, Corey has been recognized by the legal and business community, not only in Nevada, but on the national stage. These awards include:

2022 Litigator of the Year – American Institute of Trial Lawyers

Elite Lawyers of America; membership limited to civil trial lawyers who have obtained a verdict or settlement of at least $2 million

He commits to and services the local community, particularly when it comes to children’s causes. Corey supports many children’s charities, and has sat on the Executive Board of Directors for Big Brothers Big Sisters of Southern Nevada. In addition, Corey has also been a Director for Candlelighters Childhood Cancer Foundation of Southern Nevada, a non-profit organization that provides services and support for families of children diagnosed with cancer. He also organizes the annual Las Vegas Lawyer Bowl, which has raised over $100,000 for children’s charities.

You can connect with Corey Eschweiler directly at corey@erinjuryattorneys.com.