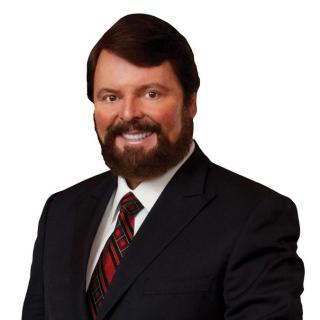 Daniel L. Crandall is the founding partner of The Law Offices of Daniel L. Crandall & Associates. He has been engaged in the practice of law for over forty years. The focus of his practice is exclusively personal injury and disability law. He has become known in Southwest Virginia as the caring personal injury professional. He was privileged to be named twice as the Best Local Lawyer by the readers of The Roanoker Magazine. He graduated from the University of South Florida in 1973 and from the George Mason University School of Law in 1977.

While attending law school, he was employed by the Superior Court in Washington, DC as a Court Bailiff. During his time with the courts he witnessed the famed Hannaffi Trials. His picture appeared on the front of the Washington Post receiving the verdict from the foreperson of the jury. He served as Law Clerk to the federally appointed Judge Joseph M. F. Ryan, Jr. for two years.

In 1978 he was admitted to the Washington, DC Bar and subsequently in 1979 admitted to the Virginia State Bar. He served as the Past President of the Personal Injury Lawyers Association. He is a member of the American Association for Justice and the Mass Torts Trial Lawyers Association. He serves on the Board of Governors for the Virginia Trial Lawyers Association as a district Governor and served as Chair of the Federal Liaison Sub-Legislative Committee. A hallmark of his personal injury specialty area of law is to practice compassionate law, while providing excellent representation recognizing the client’s need for personal attention and many times affirmation for them as individuals.

The motto of The Law Offices of Daniel L. Crandall & Associates is to pursue the practice of law with enthusiasm, excellence, and ethics. Mr. Crandall is pleased after thirty-three years the Law Firm of Crandall & Katt continues to represent injured individuals throughout all Southwest Virginia with a true expression of care and compassion.

Board of Governors for the Virginia Trial Lawyers Association, District Governor