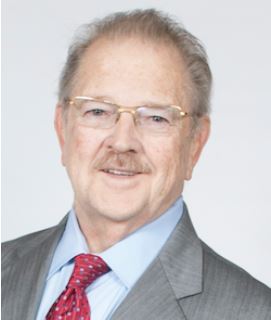 Personal Injury, Criminal Defense & DUI: Don has been practicing law for 40 years. During that time, he has built extensive relationships within the medical, legal and law enforcement communities throughout northern Georgia. Prior to his legal career, Don was an offensive lineman for the NFL with the Atlanta Falcons and New York Jets. He brings the NFL themes of discipline, teamwork, exceptional performance, and the love of winning when working for his clients and managing his firm. He fights aggressively for the rights of his clients.

Don has won millions of dollars for clients injured in automobile accidents and survivors in wrongful death cases. He is a member of the Top 100 Trial Lawyers and the Top 25 Auto Accident Trial Lawyers Association. Don has successfully defended thousands of clients facing criminal charges, including trying hundreds of cases in municipal, state, superior, and federal court systems. Don completed extensive post-graduate work in counseling and psychology while working as a Probation Officer in Fulton and DeKalb Counties. This experience gave him an understanding of people— clients, judges, prosecutors — and better enabling him to obtain the best legal outcomes for his clients.

Don is a Founding Member of the National College for DUI Defense (NCDD). The Founding NCDD Members represent the original 100 DUI defense attorneys from across the nation who were invited by the original 10 Founding Fathers to participate in and sponsor the creation of the College. He was one of only eight selected in Georgia. He is also a member of the National Association of Criminal Defense Lawyers (NACDL), Georgia Association of Criminal Defense Lawyers (GACDL), DUI Defense Lawyers Association, Top 100 DUI Attorneys in the State of Georgia, the Georgia Chapter of Defense of Drinking Drivers (DODD). He is NHTSA-certified in field sobriety testing and Intoxilyzer breath-testing devices.

Top 100 DUI Attorneys in the State of Georgia

The National College for DUI Defense