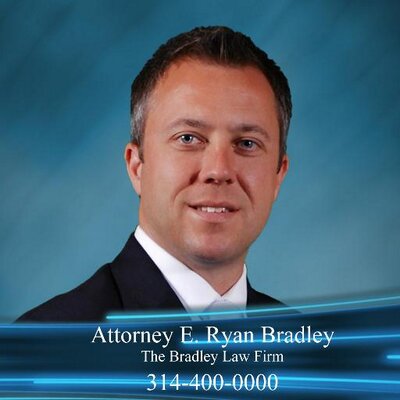 What makes Ryan one of the best injury lawyers in Missouri?

In 2010, Ryan obtained the best car accident verdict in Missouri (#1 in the entire state)

In 2011, Ryan obtained the #6 verdict in any case category in Missouri

In 2012, Ryan was listed in the Missouri Lawyers Weekly as having the most reported winning cases

In 2014, Ryan obtained the #1 car accident settlement in Missouri

In 2016, Ryan settled the largest motorcycle accident case that year while trying the case to a jury in the City of St. Louis

AV Rating (top) from Martindale-Hubbell before the age of 40

A+ rating with the Better Business Bureau

Multi-Million Dollar Advocates member before the age of 30

Admitted to the Illinois Bar in 2003

Admitted to the Missouri Bar in 2002

Corporate member of the Brain Injury Association of Missouri

Member of The Bar Association of Metropolitan St. Louis

Proud husband of the most amazing wife in the world. I could not do this without you!

Proud father of the two amazing boys, Gavin and Vince, who never cease to amaze me every day.

Prior to law school, Ryan attended the University of Missouri where he obtained a major in Biology and a minor in Chemistry.

Ryan then attended Washington University School of Law in St. Louis, where he received an invitation to serve on the editorial staff of the school’s Law Review (less than 20% of all law students are selected for this honor).

Former Board member of The Family Support Network, a non-profit organization in St. Louis dedicated to preventing child abuse (subsequently merged with Epworth)

Membership in the local Ronald McDonald charity, an organization that provides temporary housing for families of injured children who receive treatment at St. Louis hospitals

Member of the Brain Injury Association of Missouri

Volunteered at Columbia Regional Hospital, where he helped injured people and their families with hospital-related services

Participating in fundraising efforts and volunteering for:

Read more about our charity work

While attending Washington University School of Law, Ryan interned for the St. Louis County Prosecuting Attorney’s office, as well as distinguished private law firms in St. Louis. When Ryan obtained his law license, he took a position with one of the best St. Louis insurance defense firms in St. Louis, representing people who caused harm to others and insurance companies. For approximately two years, Ryan learned how insurance adjusters evaluate cases and the techniques used by the very best personal injury lawyers in St. Louis to obtain top settlements and verdicts for their clients. Ryan honed his pleading, discovery, deposition and trial skills during this time.

An experienced Missouri personal injury lawyer near you

Ryan’s experience and results speak for themselves. We understand how insurance companies think and operate when threatened with legal action. We know how to beat them. Those early experiences gave Ryan vital insight into the litigation tactics of large insurance companies. That’s when he realized his heart was in representing victims. Today, Ryan utilizes his unique insight of how insurance companies work to routinely obtain top settlements for his injury clients. Ryan wants to fight for victims’ rights — not those who hurt people or seek to abuse them. To Ryan, this isn’t just a job — it’s personal. It’s his true passion.

If you want a dedicated legal warrior who is one of best injury lawyers in Missouri, contact us today.