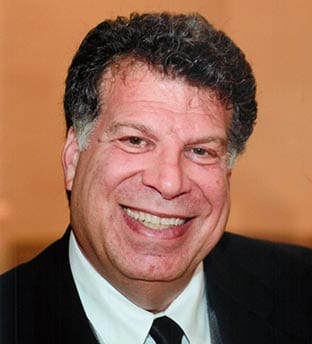 Garry R. Salomon is a personal injury trial attorney certified by the Supreme Court of New Jersey as a Civil Trial Attorney. He is a founding member and serves as the managing partner of Davis, Saperstein & Salomon, P.C. Garry Salomon’s main areas of concentration include all areas of personal injury law. During his more than 40 years of practicing law he has successfully represented thousands of clients. He most particularly enjoys the courtroom environment and concentrates on bringing his cases to the trial stage. He is quoted as saying, “An insurance company will only consider paying fair and just compensation only if they see that the plaintiff is ready to let a jury decide the case; however, if an insurance company is unwilling to deal fairly with the plaintiff, then I trust a jury to decide the outcome.”

Garry R. Salomon Esq.Garry Salomon is the author of a book entitled “The Consumer’s Guide to New Jersey Personal Injury Claims.” Although the book is available for purchase through amazon.com, free copies are available upon calling the office. The book’s purpose is to serve as a guide for those who have recently been involved in a car accident or were injured due to a fall. The 141 page guide includes a glossary of definitions of terms and words commonly used in personal injury cases and contains a handy appendix including the New Jersey Police Accident Report Grid, the full section of the law pertaining to the Limitation on Lawsuit Threshold, also known as the Limited Tort Option, jury instructions pertaining to pre-existing medical conditions, prior injuries, wrongful death jury instructions and the Court Rule regarding New Jersey’s legal contingency fees. The book is also available in Korean and Polish.

On February 25, 2006 Garry Salomon presented a lecture to New Jersey Association for Justice on “Summation: Bringing it Home.” With the seminar the New Jersey Lawyer published an article by Mr. Salomon with the same title.

Garry Salomon grew up in Bergen County, N.J. where he met his future partners, Sam Davis and Marc Saperstein. After graduating Bergenfield High School he attended Fairleigh Dickinson University where in 1974 he received his Bachelor of Science Degree. Three years later he received his Juris Doctorate degree from the University of Akron. In 1977 he was admitted to the New Jersey Bar and began to practice law. His hobbies include playing his Les Paul guitar, martial arts, skiing, boating and spending time with his family.