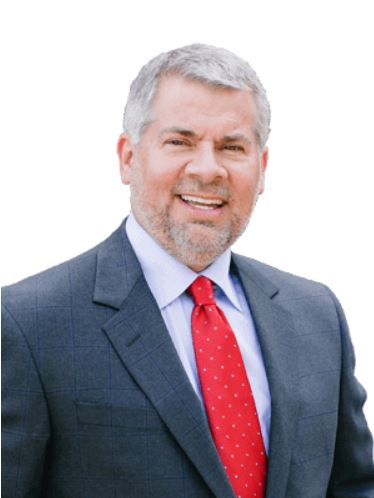 AN AWARD-WINNING LAWYER DEDICATED TO SERVING THE PEOPLE OF GEORGIA

Gary Martin Hays' legal accomplishments include being a member of the prestigious Multi-Million Dollar Advocates Forum, a society limited to those attorneys who have received a settlement or verdict of at least 2 million dollars. He has been recognized in Atlanta Magazine as one of Georgia's top workers' compensation lawyers, as voted on by other lawyers in Georgia. Gary frequently lectures to other attorneys regarding personal injury and workers' compensation claims. He has been recognized as one of the Top 100 Trial Lawyers in Georgia since 2007 by the American Trial Lawyers' Association and recognized by Lawdragon as one of the leading Plaintiffs' Lawyers in America. He has also been recognized by the Georgia Trial Lawyers' Association for his community service efforts. His firm specializes in cases involving personal injury, wrongful death, workers' compensation, inadequate security, and social security disability claims. His videos on certain areas of Georgia Law have been watched over 5 Million times, making him the most viewed attorney in Georgia on Facebook and YouTube. His firm has earned more than $1 billion for injured victims and their families.

Gary is the Co-Creator and Legal Producer for the television show “Personal Injury Court” which is currently airing nationwide. He has also hosted the "Georgia Legal News Update" featured on WSB and Atlanta’s CW Network. Gary is also the creator and host of "The Intersection: Where Country and Faith Come Together," featured on WKHX (Kicks 101.5) and formerly on WUBL (94.9 The BULL FM) in Atlanta. He previously created and hosted "The Wise Counsel Project" as featured on WFSH (FISH 104.7). Gary interviewed men and women of faith, and asked them to share their "wise counsel" on how we can make better decisions in our daily lives. He has interviewed Bret Baier (Host of Special Report on Fox News), Comedian Jeff Foxworthy, Coach Tony Dungy, Actor Kirk Cameron, Governor Nathan Deal, and Dr. Alveda King.

Gary has been seen on countless television stations and shows, including CNN Headline News, ABC, CBS, NBC and Fox affiliates and has appeared on over 110 radio stations. He has appeared on the nation's #1 cable morning news show, Fox & Friends, alongside hosts Steve Doocy, Brian Kilmeade, and Elisabeth Hasselbeck. Gary also has been interviewed by legendary broadcaster Larry King.

He served as an executive producer of a documentary entitled "Mi Casa Hogar" in 2013, which highlighted the amazing work done by this orphanage in Acapulco, Mexico. This project earned him his second Silver Telly Award, as his first was as an executive producer for "All Are Our Heroes" in 2010, a documentary regarding cancer survivors. A documentary about Gary and his law firm, "Stand & Serve,"was featured on the Biography Channel in 2014, and this project also won a Silver Telly Award.

Gary Martin Hays is not only a successful lawyer but is a nationally recognized safety advocate who works tirelessly to educate our families and children on issues ranging from bullying to internet safety to abduction prevention. Gary also has co-authored the best-selling book, The Authority on Child Safety: How to Talk to Your Kids About Their Personal Safety Without Scaring Them. Gary has pedaled an adult-sized big wheel over 500 miles to raise money and awareness for various charities.

Founded Keep Georgia Safe in 2008, a non-profit whose mission is to provide safety education and crime prevention training in Georgia. This organization has trained over 80 state and local law enforcement officers on how to respond in the event a child is abducted.

Gary is certified in Child Abduction Response techniques by Fox Valley Technical College and the FBI.

His firm has given away over 1000 bicycle helmets to promote safety.

He has awarded 15 college scholarships to deserving students.

Gary has been a guest announcer on "Late Night with Jimmy Fallon." He has appeared in Nickelodeon's "See Dad Run" with Scott Baio, as well as in "Drop Dead Diva" on the A&E Network. He has performed on Broadway in "The Lion King,""Rock of Ages," and "Motown: The Musical." In 2013, Gary and two of his daughters, Ashleigh and Ava, performed with the legendary rock group "Chicago" at the St. Augustine Amphitheater. Gary was featured in ex-CIA Operative Valerie Plame Wilson's novel "Burned" as a CIA weapons expert from Alabama. Bill Engvall played the White House Chief of Staff in "Sharknado 3" using his full name "Gary Martin Hays."