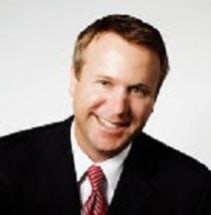 James D. (Jim) Rush is a Marin County native and graduate of San Marin High School, class of 1991. Mr. Rush received his J.D. from the University of San Francisco School of Law. He has acquired a broad and diverse base of legal knowledge from his associations with other law firms (Banning, Micklow, Bull & Lopez in San Francisco; Saveri & Saveri in San Francisco; The Law Offices of William L. Veen in San Francisco; and Palmer & Jones in Novato).

Recognized as a Rising Star in the field of Plaintiff’s Personal Injury in Northern California by SuperLawyers, 2015

Achieved the honor of obtaining the 85th highest personal injury verdict in the State of California for 2019 with the case of Fox v. Hodge in Marin County., Top 100 Jury Verdicts - CA Personal Injury 2019, TopVerdict.com, 2020