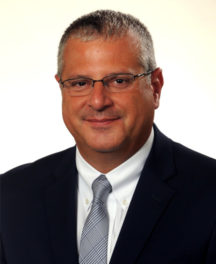 He joined Mooney & Associates in 2008 and since that time has supervised the firm’s personal injury practice. His practice focuses on fighting insurance companies and helping victims who have suffered injuries as a result of motor vehicle accidents. But he also has extensive experience in Social Security Disability, Workers Compensation, Product Defects, Medical Product Defects, Pharmaceutical Injuries, Premises Liability, and Insurance Disputes.

Prior to joining Mooney Law, Attorney Imler was affiliated with a well-known Central Pennsylvania personal injury firm from 1999 until 2008. He spent his first two years with that firm as a law clerk while he matriculated through law school and then was hired by the firm as an associate upon graduation. After graduation, he immediately began representing auto accident victims and was thrust into lead counsel role for a jury trial just a few months after receiving his bar exam results.

Before going to law school, Attorney Imler started his professional career by becoming a licensed insurance agent when he was just 20 years old. He obtained his Property & Casualty Insurance License, Life & Health Insurance License, and Series 6 & 63 Securities License. He worked for an insurance agency in Hanover for two years and for an insurance broker in West Chester for four years while he completed undergrad studies at West Chester University.

Attorney Imler resides in Hanover, Pennsylvania, with his wife and two daughters. Attorney Imler is a member of the McSherrystown Knights of Columbus. In his limited spare time, he enjoys cooking, travel, saltwater fishing, crabbing, and watching Penn State football. He also enjoys live music having attended well over 200 concerts over the years.