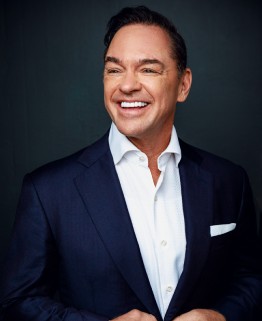 John Gomez founded the firm alone in 2005. He acts today as President and Lead Trial Attorney. From humble beginnings, he attended three separate San Diego public high schools and Grossmont Junior College before graduating from the Nation’s top ranked law school, Yale University, in 1993. In between, John was named an Academic All American football player for the University of San Diego’s Toreros. He clerked for a federal judge, worked for the international law firm of Latham & Watkins and served the United States as an Assistant United States Attorney until becoming a trial lawyer for people in 2000.

Since that time, he has established himself as one of California’s most recognized and accomplished trial lawyers. Lawyers USA named him the national Lawyer of the Year in 2010. He has twice been named San Diego’s Trial Lawyer of the Year. The Consumer Attorneys of San Diego have awarded him an unprecedented ten separate Outstanding Trial Lawyer Awards. He has been named a Top 100 California Attorney overall by the Los Angeles Daily Journal, a Top 10 San Diego attorney overall by San Diego Metropolitan Magazine, and has been voted by peers a top 10 San Diego Super Lawyer every year since 2012. He was featured as the subject of the cover story in that 2012 publication.

He was voted by peers as the number 1 attorney in San Diego for 2015 and 2016 overall in polling conducted by Super Lawyers rating service. Best Lawyers in America named him the San Diego 2011 and 2012 Plaintiffs Products Liability Attorney of the Year and the 2015 Class Action and Mass Tort Attorney of the Year. Avvo rates him a 10.0 out of 10.0 and he has been voted by his peers as a top ten San Diego litigator in three separate fields: Personal Injury, Insurance and Corporate Litigation. Since 2000, he has recovered over $550 million in settlements and verdicts for his clients with more than 100 separate recoveries of one million dollars or more. A prolific trial lawyer, John has tried to jury verdict more than 50 separate cases. He has obtained verdicts in excess of $1,000,000, $10,000,000 and $100,000,000. Perhaps most notably, John has obtained 6 separate jury verdicts of one million dollars or more in which the defendant offered absolutely nothing to settle prior to trial.

John is universally considered a national expert on representing victims of brain injuries. He is among a very small group of attorneys that has successfully litigated those cases all the way through trial and he has achieved multiple verdicts for verdicts in excess of both one million and ten million dollars. John created the Firm’s dedicated brain injury practice team and, along with Partner Jessica Sizemore, continues to lead that practice group today. John is regularly invited to lecture to other attorneys regarding brain injury cases and has done so to attorney groups nationally in excess of 50 times.

John is also a member of the Summit Council, a national group of our country’s finest trial lawyers for plaintiffs. Members are nationally recognized by their peers as top civil justice advocates. All members have obtained at least one ten million dollar jury verdict and at least three jury verdicts in excess of one million dollars as lead counsel in jury trials, have served as the President or Chair of a state or national civil justice association, or have served as Chair of a plaintiff’s steering committee for a major mass tort or class action litigation. Membership is limited to less than thirty lawyers nationally and is by invitation only. Summit Council members work collaboratively to ensure the very highest level of representation to each of their clients. John’s clients benefit from access to this highly exclusive and talented group.

He is as known for his work in the community as he is for his work in the courtroom. John believes that trial lawyers have an obligation to make their communities a better place – both through litigation and community service. He practices what he preaches. He commits enormous time and resources to a variety of charitable causes involving kids at risk, foster children, Latino causes, the prevention of drunk and distracted driving, local hospitals and supporting services and the March of Dimes. In recognition of his commitment to social causes, the San Diego County Bar Association recognized him with its 2012 “Community Service” award. Of all the plaques he has received, John is most proud of that one.

John is also a leader in the legal community. He is a former Board member of both the San Diego County Bar Association and the San Diego Volunteer Lawyers Program. He was elected as the 2012 President for the almost 1000 member Consumer Attorneys of San Diego.

John lives in the Mission Hills neighborhood of San Diego with his wife Leah. He is the proud father of son “JD” and twins Michael and Analise. He spends lots and lots of time watching horse shows, soccer games and gymnastics events. He and Leah are proud members of the Rock Church. John’s very devout faith is at the core of everything he does.