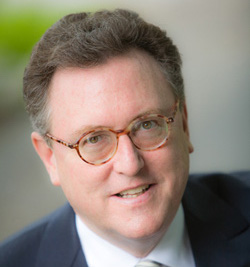 Attorney John R. Lenahan, Jr. has won tens of millions of dollars for injured clients and their families during a stellar legal career. His skills have been recognized by fellow lawyers and judges and in publications such as Best Lawyers in America, Pennsylvania Super Lawyers, The National Trial Lawyers Association and others. In 2019, Attorney Lenahan was honored as being among the Top 10 Lawyers in Pennsylvania by The National Trial Lawyers and as among The Commonwealth's Top 100 Lawyers by Pennsylvania Super Lawyers Magazine. The most recent count by the Pennsylvania Bar Association shows there are almost 50,000 practicing lawyers in the state. John Lenahan, Jr. has dedicated his professional practice to assisting the seriously injured and their families. He has strong professional interests in cases in the fields of Personal Injury, Motor Vehicle/Truck Accident Litigation, Products Liability and has a particular interest in highly difficult and complex injury cases.

John R. Lenahan has had many significant cases over his career, including that of the internationally known singer, Gloria Estefan, who was in a serious bus/truck collision. He has represented many victims of big trucks and other vehicle accidents.

An abbreviated list of John R. Lenahan's distinctions and memberships including being named in The Best Lawyers In America, a national publication, as well as a Pennsylvania Super Lawyer in each year the list has been published in Philadelphia Magazine. His work has also been honored by peer review publication Martindale Hubble as well as by The National Trial Lawyers and many others. John R. Lenahan is the President and Chief Executive Officer of Lenahan & Dempsey. He lectures frequently on trial advocacy techniques and has authored numerous articles on the effective handling of major personal injury cases. He has been a guest speaker for the Pennsylvania Bar Institute, the Pennsylvania Trial Lawyers Association, the Trial Advocacy Foundation and the State Conference of Trial Judges. He has been certified as a Civil Trial Specialist by the National Board of Trial Advocacy since 1983. He is also listed in the Bar Register of Preeminent Lawyers and is a member of the International Society of Barristers.