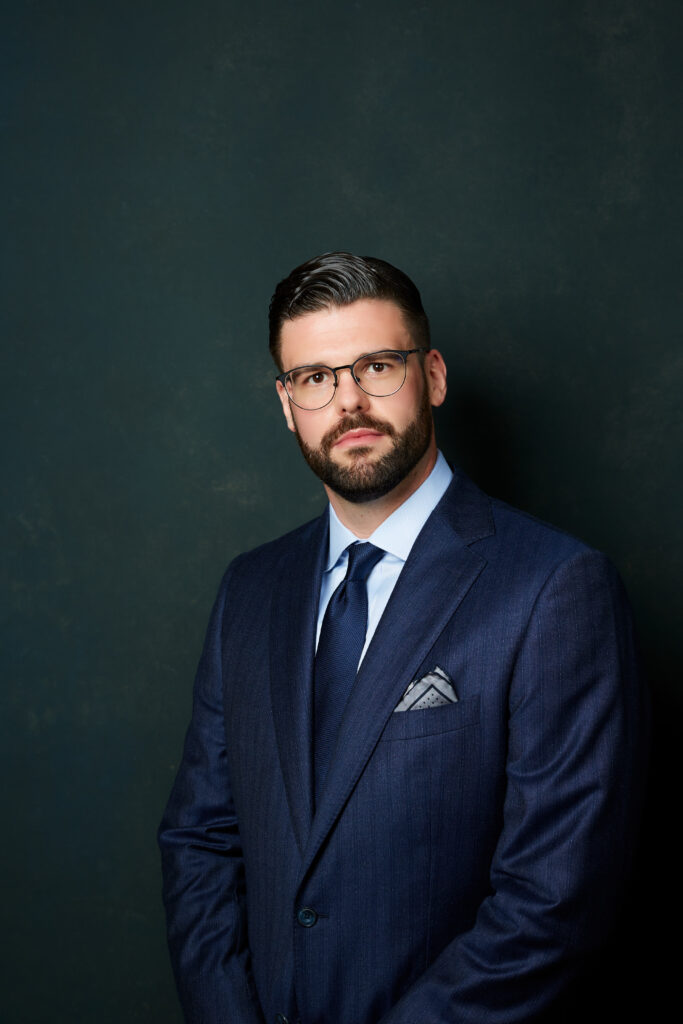 Justin C. Meserole knew he wanted to vigorously represent the interests of injured victims long before becoming an attorney. Mr. Meserole received his bachelor’s degree from St. John’s University and began working as a paralegal prior to attending law school. Throughout law school, he worked at a premier plaintiff’s personal injury firm that he eventually joined as an associate. Mr. Meserole received his J.D. from New York Law School where he received the Dr. Max Reich Award for Excellence in Civil Trial Advocacy among other honors.

Mr. Meserole specializes in representing seriously injured people in all areas of personal injury law. He has proved himself to be a valuable member of the bar that continues to distinguish himself as a true advocate for his client’s rights. His work focuses on all aspects of

discovery, motion practice, trial, and appeals. He has excelled in analyzing, preparing, and presenting cases for mediation, arbitration,

Recovering millions of dollars for his clients, Mr. Meserole has successfully handled and tried a variety of accident cases involving motor-vehicles, premises liability, municipal liability, Labor Law § 240(1) and 241(6), and deprivation of Constitutional Rights under 28 USC § 1983.

The senior partners at Silberstein, Awad, and Miklos, PC sent Mr. Meserole to the American Association of Justice’s Ultimate Trial Advocacy Course: Art of Persuasion; held at Harvard Law School. He successfully completed the intensive program, and he continues to apply those skills to benefit his clients on a daily basis.