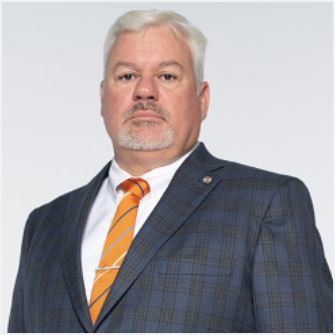 From a young age, Attorney Alexander knew he wanted to be lawyer. He is passionate about standing up for those who are unable to stand up for themselves, due to injury or misfortune. In 1994, Attorney Alexander obtained a bachelor's degree in legal studies from the University of

Prior to starting his own firm in April of 2011, Attorney Alexander was an Associate at the law firm of Guerriero & Guerriero, a local personal injury/accident plaintiff firm, with emphasis in the representation of clients who had been injured through no fault of their own, whether as the result of a motor vehicle accident or even product liability.

Before joining with Daniel P. Parker to form Parker Alexander, Attorney Alexander was the proprietor of his own firm, Kevin D. Alexander, APLC. Although his practice continues to focus primarily on the representation of seriously injured motor vehicle accident victims, he also handles medical malpractice and wrongful death claims in order to better serve the needs of his clients.

Mr. Alexander is a member of the following:

90% of Practice Devoted to Litigation

Looking for a skilled attorney to represent you in your personal injury case? Contact Parker Alexander today to schedule your free initial consultation with Attorney Kevin Alexander.