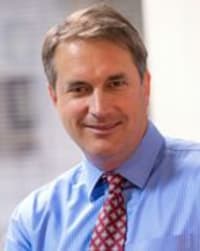 Coker Law Shareholder Matthew Posgay is board certified by The Florida Bar in Civil Trial Law and in Civil Trial Advocacy by the National Board of Trial Advocates. He has tried over 75 civil cases, bringing more than 65 to verdict. Prior to joining Coker Law, Mr. Posgay was a shareholder in a statewide insurance defense firm and the managing partner of their Jacksonville office. However, he knew his talents would be better used to make a difference in the lives of those who suffered personal injury or were dealing with the difficult circumstances surrounding the wrongful death of a loved one.

Mr. Posgay has a long history of involvement in professional, fraternal and civic organizations, serving in leadership positions for many of them. He has been listed as a Florida Super Lawyers every year since 2010, and recently was named a Fellow of The Trial Lawyer Honorary Society of the Litigation Council of America. He also volunteers much of his time to the improvement of the legal profession and the community, as both a speaker in The Florida Bar’s Justice Teaching Program, and as a coach and Sunday School teacher.

If you need to meet with a personal injury attorney and don’t know what to expect, Mr. Posgay walks you through the process of what you should bring with you, approximately how long it will take and how you and your attorney will determine the best steps to take to learn more about the type of case you may have.

Matthew can be reached at his email address: mnp@cokerlaw.com

Employees Ban Together After Near Fatal Fiery Explosion

American Board of Trial Advocates:

Who's Who in America

"Litigate Like A Jedi- Helpful Tools For Mediation," Florida Justice Association, May 2015

"Get What You Want and What you Need," Florida Justice Association, September 2011

Friends of Wolfson, member and volunteer

Friends of Landon, member and volunteer