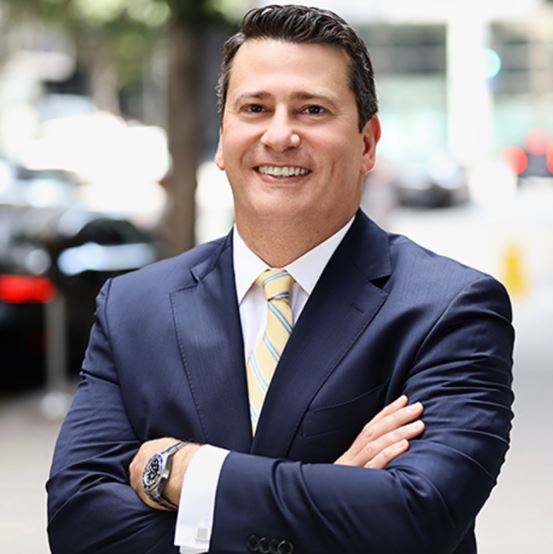 Michael Ghozland started Ghozland Law Firm to ensure that the rights of individuals injured through the negligent, reckless, or illegal acts of others, are protected and not negatively affected by insurance companies and their lawyers. It is all too often that individuals with a legal right to compensation for their injuries are denied compensation because they do not have an advocate in their corner. Ghozland Law Firm strives to make sure our clients get what they deserve.‍

“We have made it our mission to provide our clients with the type of legal representation typically delivered to large corporate and institutional clients. Mr. Ghozland recognizes that you deserve the best attorney for your personal injury in Los Angeles.”‍

Mr. Ghozland was nominated for the “Street Fighter of the Year Award” by the CAOC in 2014, an award given to a plaintiff’s lawyer who has litigated a case that creates a more just society, regardless of personal benefit or financial gain.‍

Mr. Ghozland was also selected for inclusion in the California Super Lawyers Rising Stars list in 2014, 2015, 2016, and 2017, an honor awarded to no more than 2.5% of the lawyers in California. Mr. Ghozland is also certified as a member of the Million Dollar Advocates Forum ®, one of the most prestigious groups of trial lawyers in the United States. Membership is limited to attorneys who have won million and multi-million dollar verdicts and settlements.

Prior to forming Ghozland Law Firm, Mr. Ghozland worked at several prominent law firms where he developed the skills and legal experience to provide his clients with the type of legal representation they deserve.‍

Mr. Ghozland spent many years as an attorney at one of the country’s most predominant law firms representing plaintiff’s rights. In this capacity, Mr. Ghozland was involved in several multi-million dollar settlements, including a class settlement that was worth more than $400 million.‍

Mr. Ghozland also worked at a well-respected defense firm. While working as a defense attorney, he was exposed to the delay tactics and strategies employed by defense attorneys. He works diligently to ensure that his client’s cases are prosecuted in an efficient and diligent manner without delay by defense attorney tactics.‍

Mr. Ghozland went to law school with the idea that he would dedicate his life to representing the rights of individuals wronged by the actions of another. Having represented large institutions and corporations for a number of years, Mr. Ghozland decided to focus his career on the representation of individuals. As a personal injury attorney at Ghozland Law Firm, Mr. Ghozland has returned to his roots and dedicates himself to defending the rights of his clients who may otherwise have those rights infringed upon by large insurance companies that are only concerned with protecting their shareholders and own interests. Insurance companies have attorneys protecting their rights, shouldn’t you?

Michael is a member of the following: