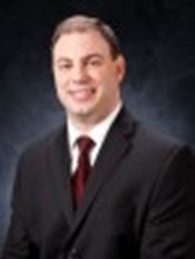 Attorney Phil Georges is an accomplished trial lawyer having tried over 100 cases and successfully resolved thousands of others. He has obtained numerous honors, including Diplomat status with the National Trial Lawyers Association. He was also named as one of the Top 100 Civil Trial Lawyers in Wisconsin by the National Trial Lawyers Association. He brings this experience and history of success to serve injured victims across Middle Tennessee. Attorney Georges is also a member of the Zantac®? trial team in the Southern District of Florida, which is fighting to protect the interests of individuals across the country who have been diagnosed with cancer after taking this dangerous drug.

Attorney Georges obtained his law degree at Regent University School of Law in Virginia Beach, Virginia, where he served as vice-chairman of the Trial Practice Board. He was later elected at Duke University School of Law to serve as the governor for the 4th Circuit of the American Bar Association. He began his career in law as a public defender in Virginia and later developed his extensive skills as a trial attorney representing injured people.

Today, he is a devoted father and husband who is heavily involved in his community and who believes in the practice of law as a means to help others.

As the alpha of The Wolf Pack, Attorney Georges is determined to fight for his clients just as ferociously as if they were members of his own family or “pack.”

The mission behind The Wolf Pack is to offer people protection from those that cause harm, whether that be protection from corporate greed, lies and corruption, insurance companies, medical bills, and more. We’re The Wolf Pack and we’re here to fight for the rights of injured victims in Nashville, Tennessee, and families across the country who can’t take on big drug corporations alone.

We are a local Nashville personal injury law firm with a nationwide reputation for fighting for our clients. Whether you’ve been hurt in a car accident, motorcycle accident, or any accident that wasn’t your fault, or you need help filing a Zantac®? lawsuit, we’ve got your back.