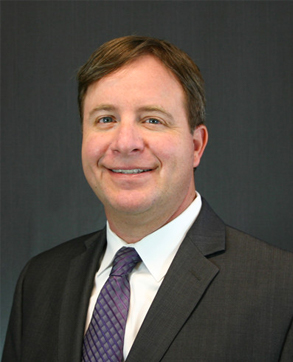 Jason Luckasevic is a shareholder and a member of the advisory committee with Goldberg, Persky & White, P.C. He started his legal career in 2000 representing asbestos victims and their families. In the past, Jason managed the western Pennsylvania asbestos docket which consisted of thousands of injured asbestos victims.

Jason has prepared hundreds of cases for trial. His skills were recognized early in his career when he began trying jury trials in his first year of practice. Jason has personally handled asbestos cases in the states of Pennsylvania, Ohio, Michigan, Arizona and Nevada. In fact, Jason was solely responsible for initiating our Nevada jurisdiction nearly a decade ago and has represented hundreds of residents of Nevada who were employed at TIMET, the Nevada Test Site, Nevada power companies and the various building and construction unions through the state of Nevada.

His efforts have led to thousands of jury listed cases receiving many millions of dollars.

Attorney Jason Luckasevic brought concussions in sports to international attention when he originated and filed the first two lawsuits against the National Football League on behalf of more than 120 retired players for their chronic traumatic encephalopathy (CTE) brain injuries.

In late 2006, he began studying the devastating effects of brain injury and concussion injury in sports. Jason retains and consults with the most distinguished medical experts in the country, handling concussion injuries from the fields of psychiatry, neurology, neurosurgery, neuropathy and neuropsychology.

Jason is the most sought after lawyer and expert consultant on sports brain injuries from the U.S. to Australia. Jason has been featured in the book League of Denial, the documentary film “The United States of Football” and as the cover story of The New York Times Magazine. Media outlets including NBC, ABC, ESPN, Fox, CNN and The Los Angeles Times have used Jason for his opinions. Jason also teaches a course on sports concussions at Carnegie Mellon University.

Jason graduated in 1997 from Washington & Jefferson College in 3 years majoring in English and Political Science. He received his law degree in 2000 from Duquesne University School of Law in Pittsburgh, PA.

Jason is on the Board of Directors of the Brain Injury Association of Pennsylvania. He is an active member and lecturer of the Bar Associations.

Jason is married to Kelly and resides in South Fayette with their two daughters. He enjoys biking, golf, fishing and the beach.