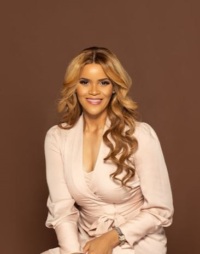 Admitted to the State Bar of Texas in November of 2005 and the State Bar of California in July of 2006. Roxell Richards began her own practice in 2005 and serves as managing partner for Roxell Richards Law Firm, where she currently focuses heavily on personal injury. Prior to her focus on injury, Roxell Richards honed her skills in law by handling a variety of legal matters including but not limited to entertainment, general counsel, health care, real estate, family and criminal defense.

Roxell Richard is no stranger to arduous work, determination, and accomplishment graduating top 2% with high honors and receiving many legal awards including but not limited to American Jurisprudence award, America women’s legal society award, Thurgood Marshall school of law distinguished outstanding support award, and outstanding achievement award, BELSA, and West Publishing Award. She has recently graduated from the Trial Lawyers College last September where she and 54 other attorneys from across the nation were trained with some of the best in the legal field to master their trial skills.

Roxell Richards has been a strong advocate in reaching the community with legal information. Her firm’s mission is to educate, inform, and serve community while representing injured victims. With this mission in mind, she has developed and led several initiatives including free legal clinic, know your rights empowerment brunch, ask a lawyer happy hour, ask a lawyer podcast, as well as developed an innovative website which translates to just about any language spoken. She is not done there. Her vision is to nurture the next generation of lawyers. With her vision in tow, Ms. Richards started, “The Legal Residency Program.” A program which exposes upcoming law students, in every facet of law from business to the practice of law. The program has become so popular that students who complete this program at Roxell Richards Law Firm now receive 6 hours credit through the college’s externship program. Her goal is for this program to become national and promulgated and credited by the ABA.

As a businesswoman, since transitioning into personal injury, she has grown her firm into a staff of 13 employees and has recovered millions of dollars for injured victims in less than 2 years. Drawing upon her production and entertainment background, Ms. Richards created innovative marketing strategies which are parallel to none. She now offers business mentoring to other upcoming entrepreneurs, lawyers, and small businesses to help them to grow a successful brand. Ms. Richards enjoys reading, music, sports, visual arts, learning, and spending time with her son whom she has parented as a single parent for the past 18 years.