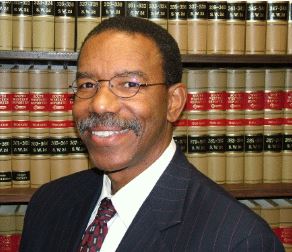 United States District Court for the Eastern District of Texas

TEXAS SUPER LAWYERS: selected as a TEXAS SUPER LAWYER by Texas Monthly Magazine. This honor is conferred on the top 5% of lawyers in the State of Texas who are selected by peer review nominations and independent research and review of each candidate by a blue ribbon panel.

HOUSTON'S TOP LAWYER: selected as one of Houston's Top Lawyers in 2008, 2009, 2010, and 2010. This recognition is only conferred on lawyers who, after a through background and career investigation and peer review voting by other lawyers, are determined to be among the best lawyers in Houston, Texas.

TOP 100 TRIAL LAWYERS: selected as one of the 100 top lawyers in the state of Texas by The National Trial Lawyers, an organization composed of America's premier trial lawyers from each state. Membership is obtained through special invitation and is extended only to those attorneys who exemplify superior qualifications of leadership, reputation, influence, stature, and profile as civil plaintiff or criminal defense trial lawyers.

AWARDED RECOGNITION by University of Houston Black Law Students Association for being the first black alumnus to receive Board Certification in personal injury trial law - March 24, 1990.

– College of the State Bar of Texas

Worked as a marketing consultant trainee for 3 months prior to starting law school.