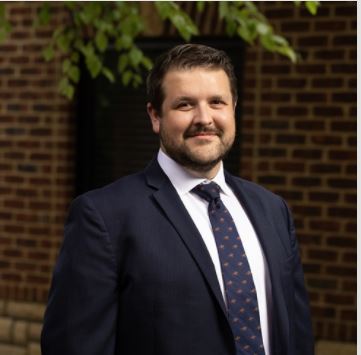 Tim has been representing injured Kentuckians since he passed the bar exam in 2013 (and even before that, working as an assistant at a personal injury law firm before he went to law school). Over the course of his career, he has recovered millions of dollars from the insurance industry for hundreds of Kentuckians.

Along with being a co-founder of Kentucky Injury Law Center, Tim is the lead attorney for the Personal Injury practice at the firm. Since the firm was founded, he has exclusively practiced in the areas of personal injury and insurance litigation.

When Tim got into law school at the University of Michigan, he became the first member of his family to get a J.D. He understands his injured clients are often just regular folks, who can understand complicated legal principles as long as a lawyer is humble, confident, and knowledgeable enough to explain it to them.

Tim is the author of a guide to the insurance claims process titled “The System Is Rigged (Against People Who Represent Themselves)” and has made it available to anyone who is injured free of charge. He believes that people need lawyers to make sure that the insurance industry and Corporate America don’t take advantage of them. Tim loves taking a case where the insurance company is offering little or no money, filing the case in court, and getting significantly more in recovery than what the insurance company tried to bully his client into taking.

Because he only handles injury matters, Tim can be selective in the cases he takes. Like the other lawyers at the firm, he only takes cases where the client has suffered a permanent injury (something that will affect them for the foreseeable future). That focus allows him to devote the time and attention to each specific matter needed.

Tim graduated with honors from the University of Michigan School of Law. He is licensed in all state and trial courts in the Commonwealth of Kentucky.

When not practicing law, Tim enjoys learning about how to grill and smoke new cuts of meat, taking his daughter on golf cart rides, teaching his son to ride a bike, and cheering on the Wolverines with his wife.

U.S. District Court for the Western District of Kentucky

U.S. District Court for the Eastern District of Kentucky

University of Michigan School of Law—J.D. (with honors)