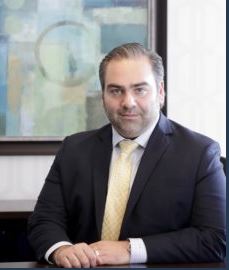 Mr. Zarei is the managing attorney of the law firm. He has been a lifelong resident of Fairfax County. He attended George Mason University, where he obtained a Bachelor of Arts in Government and International Politics with a concentration in Middle-East affairs. Mr. Zarei’s exposure to the legal field began as an undergraduate during a summer internship. There he had the privilege of assisting attorney Bruce Aitken, managing partner of Aitken, Irvin, Berlin, & Vrooman in Washington, DC. The internship converted into a summer job and then to a year round part time position until 2004. Mr. Zarei received his Juris Doctorate from Thomas M. Cooley Law School at the age of 25, making him the youngest graduate of his class. He completed his externship at the 30th Judicial Circuit Court of Ingham County, in the Family Division. Upon being admitted to the Virginia Bar, Mr. Zarei decided to pursue his passion and enter the private practice of law. From the beginning, Mr. Zarei has devoted his practice to representing clients with high-quality, personal, and cost-effective services. He has successfully attained very favorable results for his clients in personal injury claims. His ready to negotiate or litigate approach has assisted expedited and favorable results in divorces as well. Additionally, Mr. Zarei has attained successful results for delayed Naturalization (N-400) applications by filing Writ of Mandamus petitions in the Federal Court and helped individuals clear their debts and gain financial rebirth with Bankruptcy. Mr. Zarei’s knowledge and experience in multiple areas of law has given him the edge required for resolving highly complex cases. Mr. Zarei is admitted to practice law in the Commonwealth of Virginia, U. S. Eastern District Court of Virginia, U.S. Bankruptcy Court for the Eastern District of Virginia, and the District of Columbia . He is fluent in Persian/Farsi and an avid Redskins fan (HTTR)!