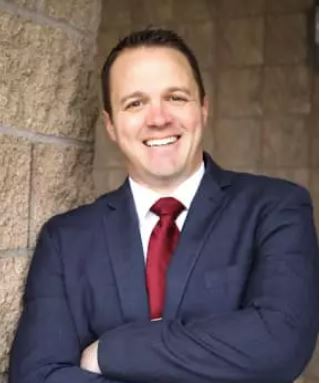 Mr. Schofield brings a rich array of experience to the firm to better serve its clients.With an undergraduate education based in Idaho, Nevada, and Northern California, Mr. Schofield obtained his juris doctor degree from the University of Nevada in Las Vegas. Part of his law school tuition was defrayed by an academic scholarship. He was also honored to serve on the staff of the school’s prestigious law review – the Nevada Law Journal.

During summers, Mr. Schofield sought to increase the breadth and depth of his in-class training by serving as a law clerk in diverse venues: the Family Violence Law Center in Oakland; a Pasadena law firm specializing in estate planning; the Nevada Legal Services corporation; the Nevada Attorney General’s office; and a clerkship for a judge in the First Judicial District in Carson City, Nevada.

After graduating from the UNLV law school and passing the California bar exam, rather than immediately accept an offer for long-term employment, Mr. Schofield chose to survey several kinds of law practices to determine where he could best serve. Over the next six years, he sampled practices specializing in estate planning, family law, civil litigation, and criminal defense.

With regard to criminal defense, as a skilled negotiator and talented litigator, Mr. Schofield handled hundreds of felony cases and won five of the seven jury trials he conducted. He was awarded the distinction of membership in the “Top 40 Under 40” of Criminal Defense Lawyers in California for 2017.

Having tried his hand at a variety of specialties, Mr. Schofield finally chose to limit his practice to civil litigation. Accordingly, this year he was delighted to accept an offer from Wells, Call, Clark, Bennett & Clawson to exclusively represent plaintiffs in personal injury actions to help accident victims obtain appropriate compensation for their injuries.

Mr. Schofield took a two-year leave-of-absence during his undergraduate education to serve Spanish-speaking migrant communities in the South. Not only did this service enable him to become fluent in Spanish, he gained a profound respect for the Hispanic culture. He welcomes the privilege of serving the Spanish-speaking clients of Wells, Call, Clark, Bennett & Clawson.

When he is not aggressively championing his clients’ cases, Mr. Schofield enjoys hiking, backpacking, and spending time with his wife of 15 years and his three daughters.