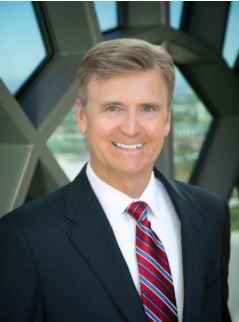 Dan Caplis is the founding partner of Dan Caplis Law. Dan has been litigating catastrophic injury cases since he began practicing law in 1983. In fact, during his first year out of law school Dan was selected to serve as the lead trial attorney in a complex, three-week medical malpractice trial involving catastrophic birth injuries to a set of triplets.

That extraordinary trial experience convinced Dan that he wanted to spend his life helping good people whose lives had been shattered by the carelessness of others.

For over 35 years, Dan Caplis has served as lead counsel in many successful trials and arbitrations. His proven willingness and ability to take cases to trial has also helped Dan to very successfully settle thousands of important cases prior to trial. Mr. Caplis was selected in the Super Lawyers® list of 2019. Super Lawyers is reserved for attorneys who have attained a high-degree of peer recognition and professional achievement.

Dan is married to Aimee Sporer Caplis. They are the proud parents of two wonderful children Joe and Caroline.

University of Colorado, with honors

Named the National Evans Scholar of the Year

Woman paralyzed when attacked by a dangerous employee.

Humanitarian of The Year Award, presented by Archbishop Jose Gomez