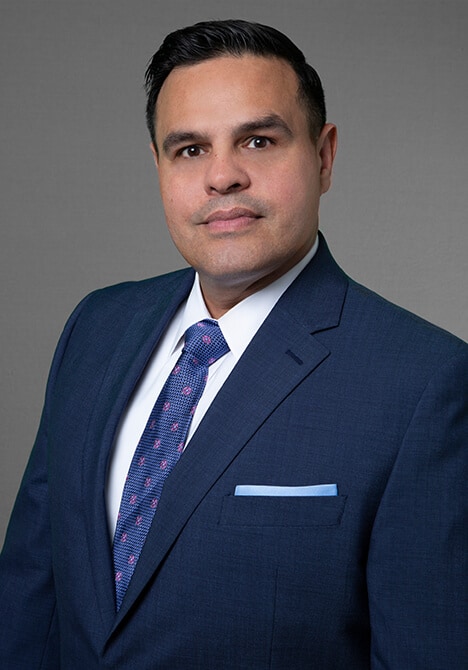 At the much-lauded Louisiana office of John W. Redmann, L.L.C., clients in Spanish can enlist the aid of Mr. Moreno, who serves as the law firm’s associate and supervisor. He works in the department of pre-litigation and litigation, and also represents the Latin community as president and founding member of Latinos United Contributing to a Hopeful America.

Inheriting a strong work ethic from his parents, Blas Benavidez Moreno and Esther Rodriguez Moreno, Mr. Moreno learned a sense of duty and attention to detail from the U.S Navy, which awarded him both a Navy Achievement Medal and a National Defense Service Medal. He was a political science major at the University of New Orleans and completed his legal education by earning a JD from Loyola University School of Law in 2005. Since then, he has been selected for the 2014 to 2017 Louisiana SuperLawyers Rising Star List and awarded the 2017 Preeminent status from Martindale-Hubble. More relevant to his role at Redmann, Mr. Moreno was also selected for the Avvo Clients Choice Award in Personal Injury. Mr. Moreno has also been recognized by Marquis Who’s Who for Excellence in Law.He also contributes time as a member of the American Bar Association, the American Association for Justice, and the New Orleans Bar Association.

Mr. Moreno has a lot of family in Texas and enjoys traveling to visit them. He also loves to go to the beach. He envisions himself raising the bar and taking the Law Office of John W. Redmann, L.L.C. to the next level.

Louisiana Attorney of the Year 2016

Marquis Who’s Who for Excellence in Law