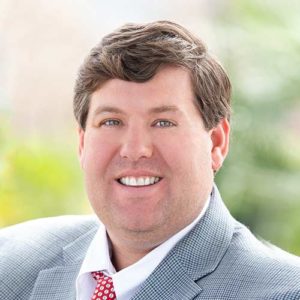 Jeffrey D. Morris attended Louisiana Tech University where he received a Bachelor of Science in Aviation Management. After working in the Aviation industry, Jeffrey found his true passion in the law. He attended the Charleston School of Law where he received his JD in 2015.

After graduating from law school, Jeffrey moved to Murrells Inlet, South Carolina where he now resides with his wife Julie and their dog, Abby. Jeffrey and his wife enjoy spending time in the outdoors and enjoying the Murrells Inlet Community.

Western District of Missouri and U.S. Court of Appeals