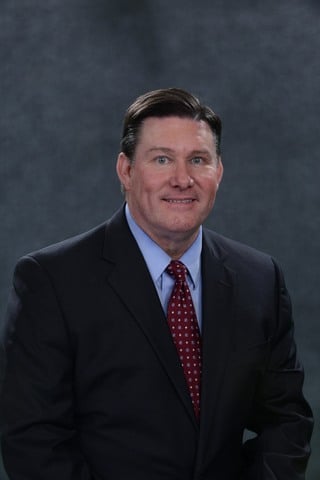 Melvin Bowen Wright is a well-known, accomplished personal injury lawyer and partner at Colling Gilbert Wright & Carter. Originally born in Albany, Georgia, Mr. Wright grew up on a family farm still in operation in Warwick in rural South Georgia. He received his Juris Doctor degree and was admitted to the State Bar of Georgia in 1985 and moved to Central Florida shortly after and began practicing law in Orlando where he, his wife, and their two children enjoy living.

Melvin B. Wright graduated with a Bachelor of Science Degree from the Department of Agricultural and Applied Economics at the University of Georgia College of Agriculture & Environmental Sciences in 1981. He was then admitted to the Walter F. George School of Law at Mercer University in Macon, Georgia, which is one of the oldest law schools in the United States. Mercer University was the first Georgia law school to earn the American Bar Association accreditation. It’s named after Supreme Court of Georgia Justice and Georgian Senator, Walter F. George who graduated from the university in 1901.

Mr. Wright began the practice of law with an emphasis on wrongful death and personal injury litigation. He represented both the injured and the insurance industry until 1993. He now exclusively handles cases of severe personal injury and death for accident victims, which includes:

Melvin Bowen Wright has extensive experience in nursing home and other institutional abuse and neglect cases, having led a team of nursing home neglect and abuse attorneys at another Florida law firm and lectured nationally on the subject from 1997 to 2004. He’s represented clients pursuing mass tort cases such as pharmaceutical products and compounded drugs.

While he practices primarily in Florida, Melvin B. Wright has also handled cases in Georgia, Tennessee, Mississippi, Arkansas, North Carolina, New York, and Massachusetts working with law firms in those states or upon admission pro hac vice.

One appeal handled by Melvin B. Wright was against a funeral home operator for negligence in the supervision and direction of a funeral procession crossing a busy state highway, resulting in serious injuries to a family member of the deceased, was ruled upon by the Supreme Court of Florida in favor of Mr. Wright’s client. That ruling prompted the funeral home industry to join together in hiring powerful lobbyists to convince Florida legislators to enact statutes partially immunizing funeral home operators from liability for future auto accidents that occur during processions. The client recovered a significant settlement after winning her appeal.

In a 2012 case, Mr. Wright was selected to serve as one of only eight attorneys as a member of the Official Creditors’ Committee representing injured victims nationwide in the Massachusetts bankruptcy litigation involving New England Compounding Center, which compounded, sold, and distributed steroid injectable medication that was contaminated with mold and/or fungus in their laboratory. He was appointed co-chair of the Florida state sub-committee for the federal district court’s Plaintiff’s Steering Committee in the collateral civil litigation against NECC, its insiders, and other entities.

A nationwide settlement of almost $200,000,000 was reached in 2015 inside the bankruptcy proceedings with the makers of the tainted drugs, as well as others alleged to have been responsible for the contamination of the drugs. Mr. Wright was involved before the filing of the bankruptcy action. That early involvement led to the freezing of assets and appointment of a bankruptcy court trustee designed to preserve the assets and insurance resources of those involved in the production and contamination of the drugs, leading to this massive settlement of one of the worst medical/pharmaceutical catastrophes in American medical and legal history.

Based upon one case he handled, and which involved the rape and impregnation of a nursing home resident, Mr. Wright co-authored an article in the American Journal of Nursing entitled “Born into a Diaper.” The case was successfully prosecuted and settled on behalf of the resident and her minor child.

In 2017, a jury in Orange County, Florida awarded Mr. Wright’s client $6,800,000 against R.J. Reynolds Tobacco Company. The verdict of compensatory and punitive damages was on behalf of Mary Sheffield for the wrongful death of her husband, a retired Florida Highway Patrol officer and decorated World War II veteran, from multiple bouts of lung cancer. The case was one of many Engle progeny cases in Florida arising from the negligence and intentional conduct of R.J. Reynolds and its co-conspirators in hiding the addictive nature and health hazards of using its cigarettes during the approximately 40 years that Mr. Sheffield was a regular and addicted smoker.

Melvin Bowen Wright has been board certified as a civil trial specialist by The Florida Bar, Board of Legal Specialization and Education since 1996. This certification is the highest level of recognition by the Florida Bar of the competency and experience of an attorney in the field of civil litigation.

Mr. Wright is also a Fellow of the International Society of Barristers (ISOB). The organization includes members from all 50 states, the District of Columbia, the Virgin Islands, Puerto Rico, Canada, England, Ireland, Scotland and Australia. It is dedicated to bringing together finest quality trial attorneys representing both plaintiffs and defendants in an environment that works to improve the system’s ability to provide the highest levels of client advocacy.

The ISOB is a prestigious organization with a limited membership. All Fellows must be nominated by an existing Fellow and elected by the Society’s Board of Governors based on the attorney’s skill as a trial lawyer and consistent demonstration of personal and professional integrity. Other attorneys and judges are consulted to verify the quality of a nominee’s professional body of work.

He’s a member of these professional associations and more:

The State Bar of Georgia

The Trial Lawyers Section of the Florida Bar

Supreme Court of the United States

The American Association for Justice (AAJ)

The Motor Vehicle Collision, Highway and Premises Liability Section of the AAJ

The Professional Negligence Section of the AAJ

The Nursing Home Litigation Group of the AAJ

The AAJ’s Section on Toxic, Environmental, and Pharmaceutical Torts

Central Florida Regional Board of Directors of Easter Seals Florida, Inc. Board Member

Mr. Wright was appointed to serve on the Florida Bar Advertising Committee from 2010 through 2015, to serve as Vice Chair from 2013 to 2014, and to serve as Chair of the Advertising Committee from 2014 to 2015. He was nominated by the Florida Chapter of the American Board of Trial Advocates and appointed by Chief Judge Belvin Perry to serve as its appointed member of the Ninth Judicial Circuit Professionalism Panel. From 2015 through 2021, Mr. Wright was appointed by the Supreme court of Florida to serve as a member of the Committee on Standard Jury Instructions in Civil Cases and along with other members drafted and amended standard jury instructions in civil cases for approval by the Supreme Court.

In 2013, Mr. Wright was nominated and selected as a member of the ABOTA, which seeks attorneys who display skill, civility, and integrity to help younger attorneys achieve a higher level of trial advocacy and to educate the public about the vital importance of the Seventh Amendment. He’s also a fellow of the ABOTA Foundation, the educational arm of ABOTA dedicated to preserving the constitutional vision of equal justice for all Americans and our civil justice system for future generations.

Mr. Wright was elected secretary for the Central Florida Chapter of American Board of Trial Advocates (ABOTA) in 2015, and he then served as treasurer in 2016, vice-president in 2017 and president in 2018.

Melvin Bowen Wright has lectured to attorneys, expert consultants, and colleagues over the years on issues pertaining to motor vehicle negligence, premises liability, product liability, personal injury, and wrongful death as well as nursing home and institutional abuse and neglect. In 2008, he was asked to present a seminar on nursing home neglect and harm to the legal nurse consultants and staff of the State of Florida Department of Children and Families.

In 2013, Mr. Wright was asked by the AAJ to present a portion of a seminar on the handling of meningitis cases arising from a nationwide outbreak caused by contaminated steroid medications sold by a Massachusetts compounding pharmacy. He also presented at the Florida Justice Association’s (FJA) 2015 Annual Convention on Annual Nursing Home Legislative and Case Law Update and demonstrated “Cross-Examination of an Expert by The Defense.” In 2015 and 2016, Melvin Wright served as moderator of workshops at the AI J. Cone Trial Advocacy Institute trial skills sponsored by the Florida Justice Association. He also presented “The Common Law Collateral Source Rule in Florida,” at the FJA’s Masters of Justice Seminar.

Mr. Wright is active in his community in support of senior citizens, disabled and disabled children, and adults.

Every year since the first polling in the State of Florida in 2006, Mr. Wright has been selected a “Super Lawyer” in the State of Florida by Law & Politics magazine, and again in 2021 making it his 15th year of being named on the list. Each Year, Law & Politics sends a ballot to the active lawyers in the state or region who have been in practice five years or longer, asking them to nominate the best attorneys they’ve personally observed in action. Only 5% of the lawyers in each state or region are named Super Lawyers. Mr. Wright has also made it to the following lists throughout his career:

Since 2009, Florida Trend Magazine has selected Mr. Wright as one of “Florida’s Legal Elite”, which begins with notifying and inviting members of the Florida Bar to provide the names of Florida lawyer they hold in the highest regard. An independent research firm tallies the votes, and a Blue-ribbon Panel of prominent lawyers reviews the list of attorneys who garner the most votes. Also, since 2009, Mr. Wright has been nominated and inducted into The National Trial Lawyers Top 100 Lawyers, a national organization composed of the top 100 trial lawyers from each state. Membership is by special invitation only.

Melvin B. Wright is a member of Trial Masters, a “seal of experience” that is measured objectively and over a long period. Mr. Wright is proud to be one of fewer than 250 lawyers in the country to be a Trial Masters member. He has also been regularly selected for inclusion in the Top Lawyers in Orlando by Orlando Home & Leisure Magazine and the Top Lawyers in Orlando by the Wall Street Journal.

Since 2019 Mr. Wright has been included among the Best Lawyers in America by US News & World Report in the Personal Injury Litigation – Plaintiffs section. Recognition by Best Lawyers is Purely Peer Review™. It signifies that the attorney is held in high esteem by his colleagues in the same geographic area and the same practice area. The peer review process gathers input from recognized lawyers regarding the nominee’s professional capabilities. Candidates must be in good standing with the local bar to be recognized by Best Lawyers.

In 2023, Mr. Wright was selected by his peers as Best Lawyers 2023 Lawyer of the Year in Personal Injury Litigation – Plaintiffs – Orlando, Florida in the 29th Edition of The Best Lawyers In America. Only a single lawyer in each practice area and community is honored with “Lawyer of the Year” award each year. Recognition by Best Lawyers is based entirely on peer review.

AVVO is a national website that profiles and ranks attorneys to assist consumers. Attorneys are ranked using information obtained from state bar associations, courts, former clients, peers, and professional associations. AVVO ranks lawyers into nine categories with the highest possible score of 10 and the highest possible ranking of “superb.” Lawyer Melvin Wright was ranked 10 and superb on AVVO during the first year of rankings in Florida and is listed as a Top Car Accident Attorney.