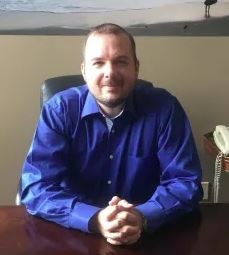 Michael J Letsen obtained his undergraduate degree from Liberty University in 2002 and graduated law school from the Appalachian School of Law in 2005. Upon graduating law school, Letsen worked in the Buchanan County Commonwealth Attorney’s Office as a prosecutor.

In addition to his work, Mr. Letsen is involved in the Tazewell, VA area community. As a former youth minister, Mr. Letsen became active in the organization- Celebrate Recovery Ministry. Through his involvement, he has given over 3500 bibles to inmates and positively impacted their lives.

Criminal charges should never be taken lightly. I'll help you understand your rights and work hard on your behalf so that your future isn't ruined.

Virginia has some of the strictest DUI/DWI laws in the nation. I have experience you can rely on for your best chance at a successful defense.

Suffering injuries from a car accident can completely alter your life. If you're struggling after an accident, I'll fight for the compensation you deserve to help recover.

You could be driving recklessly without even knowing it. If you've been charged, I'll help you review your case.