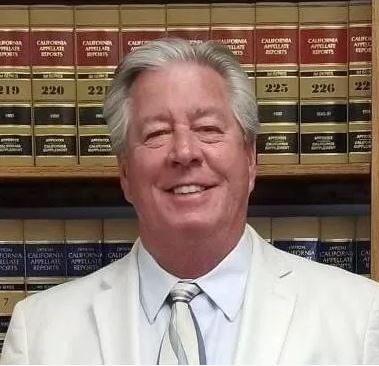 Mr. Ewaniszyk was first admitted to practice law in 1982 and has lived in the High Desert since 1986. He has represented various public entities in administrative, transactional, and litigation matters. He also has represented clients in serious personal injury, medical malpractice, and jury trials. He has served as counsel to attorneys and judges in professional ethics and disciplinary matters.

Mr. Ewaniszyk previously served for five years as the City Attorney for the City of Adelanto. He assumed the position of City Attorney in the midst of endless litigation brought about by the war over George Air Force Base, by the ongoing water rights adjudication and by numerous civil rights lawsuits pending in both state and federal court. He has extensive experience in both Civil and Criminal matters.

Mr. Ewaniszyk has tried many cases in both Federal and State Courts. Mr. Ewaniszyk was able to resolve all of those law suits. Mr. Ewaniszyk has worked with traditional and innovative financing techniques including general obligation bonds, Mello-Roos, community facilities districts, agency bonds, benefit assessment bonds and certificate of participation lease financing. He has extensive experience in collective bargaining services, including service as chief negotiator, analyzing and rafting contract proposals.

Mr. Ewaniszyk has considerable litigation experience representing both public entities and private clients on a wide variety of issues. He enjoys the respect of his colleagues and is highly regarded by the local judiciary.