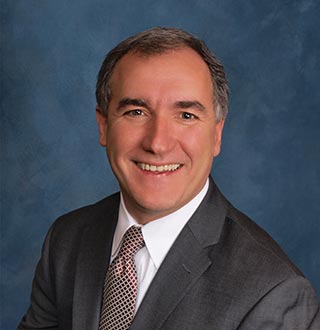 Scott Dover has spent more than 30 years as a litigator in South Carolina. Scott was educated in the Public Schools of Pickens County. After graduating from the University of South Carolina Law School in 1987, he returned to Pickens, where he has focused on general trial litigation. Scott focuses his practice on Personal Injury, including Automobile and Truck Accidents, Work Related Injuries, Wrongful Death, and other forms of personal injury. Scott also handles numerous Criminal Court and Family Court cases, as well as Social Security Disability Matters. Scott also represents the Town of Central, the City of Pickens Police Department, and the Pickens County Clerk of Court’s Office.

Scott has been recognized by “Best Lawyers in America,” “South Carolina Super Lawyers,” and has received a “BV Distinguished” rating by Martindale-Hubbell for more than five years in a row.

Scott also represents his Judicial District as a member of the Board of Governors and the House of Delegates for the South Carolina Bar Association.

Scott is married to Caroline Dover and they have five (5) children.

Scott Dover is experienced in personal injury lawsuits, family court matters, workers' compensation, criminal defense, and has practiced in courtrooms across the State of South Carolina.