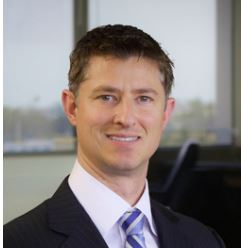 Mr. Barnett began his legal career as an associate attorney at the Law Offices of Michael J. Piuze, which won two of the largest verdicts in history for an individual plaintiff in the amounts of $28 billion and $3 billion. Mr. Barnett was a principal associate on catastrophic injury and automotive crashworthiness cases involving rollover induced roof crush ($23 million), tire failure and rollover of 15 passenger van ($12 million), passenger restraint failure ($8 million) and instability and rollover of SUV ($6 million).

In 2005, he opened his own law firm dedicated to protecting the rights of injured victims and joined Yuhl Carr LLP in 2007. Since that time he has won several seven-figure cases for his personal injury clients, including but not limited to: traumatic brain injury from a motorcycle accident ($10.5 million); lumbar fusion from an auto accident ($8.7 million); wrongful death from a single vehicle accident ($4.9 million); multiple orthopedic injuries to a motorcyclist who was lane sharing ($3.265 million); traumatic brain injury from an auto accident ($3 million); worker crushed by a rod iron gate ($2.175 million); dangerous condition of public property causing pedestrian to be struck by motorist ($2.025 million); slip and fall at grocery store from leaky refrigerator ($2 million); injuries to a disabled passenger resulting from an improperly maintained wheelchair lift ($2 million); complex regional pain syndrome caused by a van operator closing the door on a passenger’s hand ($2 million); lumbar chance fracture to an 83 yr old from an auto accident with a rental vehicle ($1,954,972.89); wrongful death of a jaywalking pedestrian against the MTA ($1.9 million); gunshot wound due to negligent security and maintenance of an apartment building ($1.85 million); and an onboard fall against a shuttle bus company ($1.375 million). Additional examples can be found in the Sample Cases.

Mr. Barnett lives with his wife, also an attorney, and their two children in Los Angeles, California.